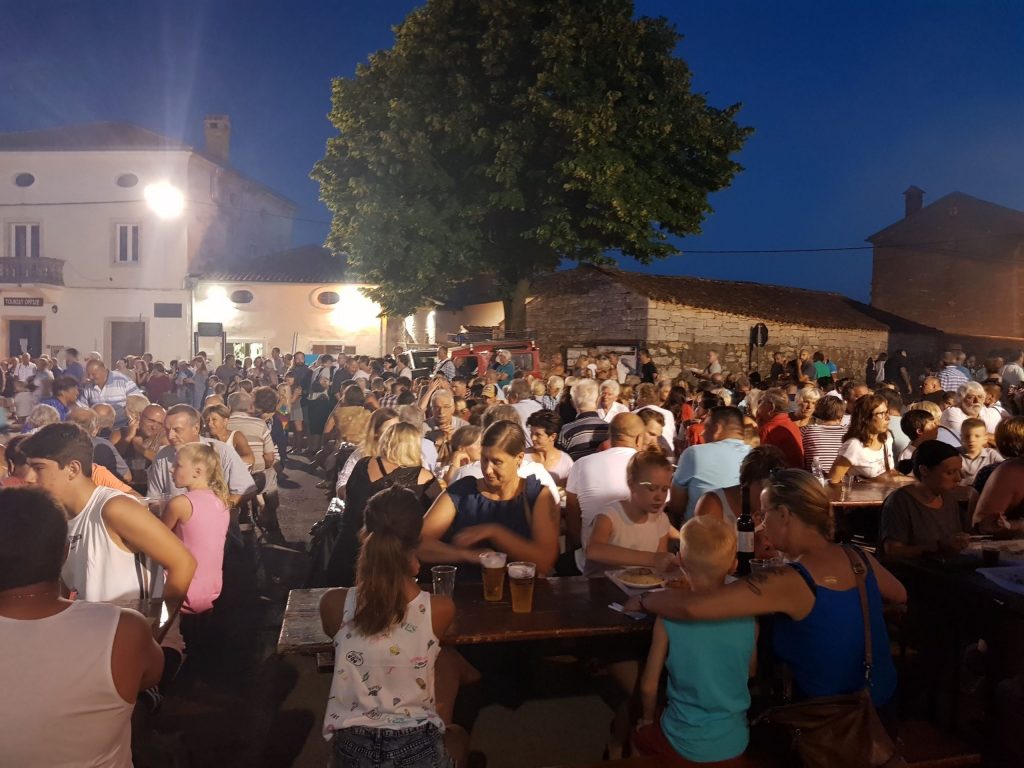 Here you will be able to experience the already well known Gramperijada, an event which celebrates a potato. If you are wondering about the name Gramperijada, let us tell you that Kaštelir is the only place in Istria where a potato is called gramper, and its quality is widely known. The Gramperijada consists of competitions of the strangest, biggest potatoes, while its unavoidable part is the preparation of all kinds of potato dishes, music and a joyful atmosphere.

We also host the Feast of SS Cosmas and Damian (Kuzminje), which always delights the locals as well as visitors, mostly because of live preparation of traditional dishes. Teams made up of members of municipal bodies, volunteer fire departments, vocal groups, members of the Italian community or sports clubs often compete in the preparation of delicacies. Kuzminje is also a celebration of the patron saints of Kaštelir, Saints Cosmas and Damian, traditionally marked by a church procession.