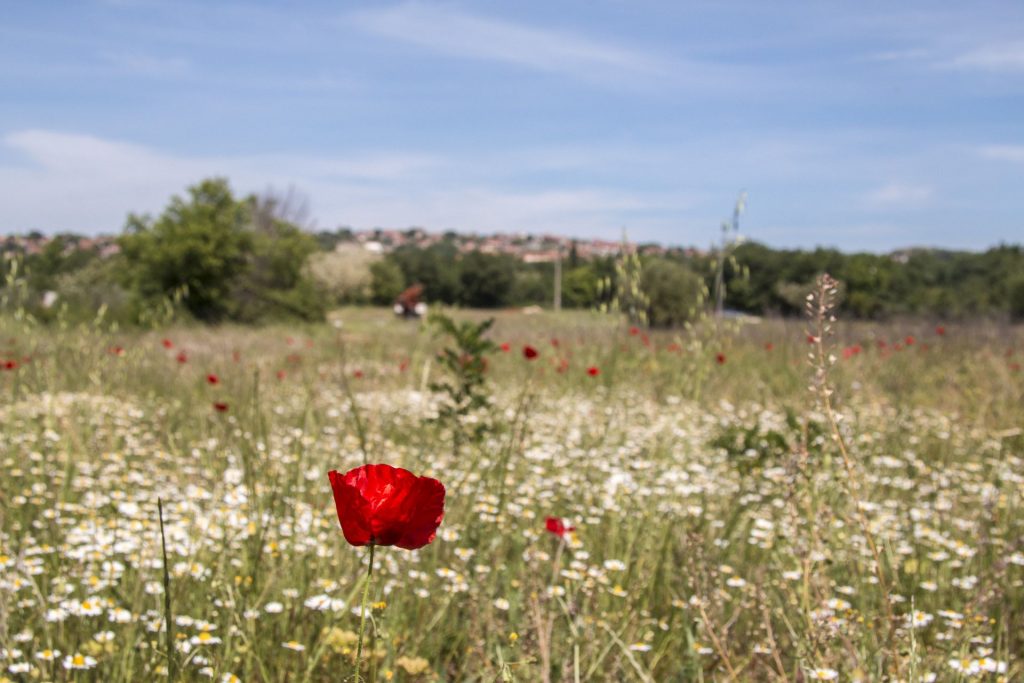 According to mythology, the Argonauts, the Greek sailors, stole the golden fleece in Kalhida, on the Black Sea coast of Asia Minor, around 1200 BC and reached the Alpine slopes in Slovenia by sailing the Black Sea across the Ister river (today’s Danube) and along the Sava. They descended by groundwater to the Mirna river, founded their fortifications on its slopes and settled there. Hence their name for Istria.

With the arrival of the Roman legions, the castle-fortress Nigrinjan emerged on the slopes above the port of Nigrinjan, the remains of which still exist today. In Roman times, the area of ​​Kaštelir and Labinci were part of the Poreč colony, and the Via Flavia, the Roman military road passed through this area. The Romans used this road, the remains of which still exist, to reach Poreč and further Pula via Trieste, the Mirna river, Kaštelir and Labinci.

Not far from the Via Flavia, having passed the village of Dvori, the remains of a large outbuilding – the second century Villa Rustica were found in 1908, in which the Roman owner erected a special room dedicated to Bach, the god of drunken merriment. The plaque with the inscription is still kept in the Poreč Museum.

During the Venetian rule, the peninsula was inhabited by refugees from Dalmatia and Bosnia fleeing the Turks. The settlements around Kaštelir were named after the refugees’ family surnames, which has not changed until the present day. Labinci township shares a similar fate. Turbulent history affected the development of this settlement. In the late 18th century, Istria became part of Austria, which greatly increased the possibilities of the domicile population who was given greater freedoms.

An Italian school opened in Labinci in 1892 on the premises of the old parish house, followed by the opening of one of the first Croatian schools in Istria in Kaštelir in 1896. With the 1920 Treaty of Rapallo, Istria came under the Italian rule during which the Croatian school and music were immediately discontinued only to be reopened after the Second World War, when Istria was annexed to Yugoslavia. With Croatia’s independence from Yugoslavia, Kaštelir and Labinci, historically and geographically close and intertwined with family ties and territory, have become one municipality.