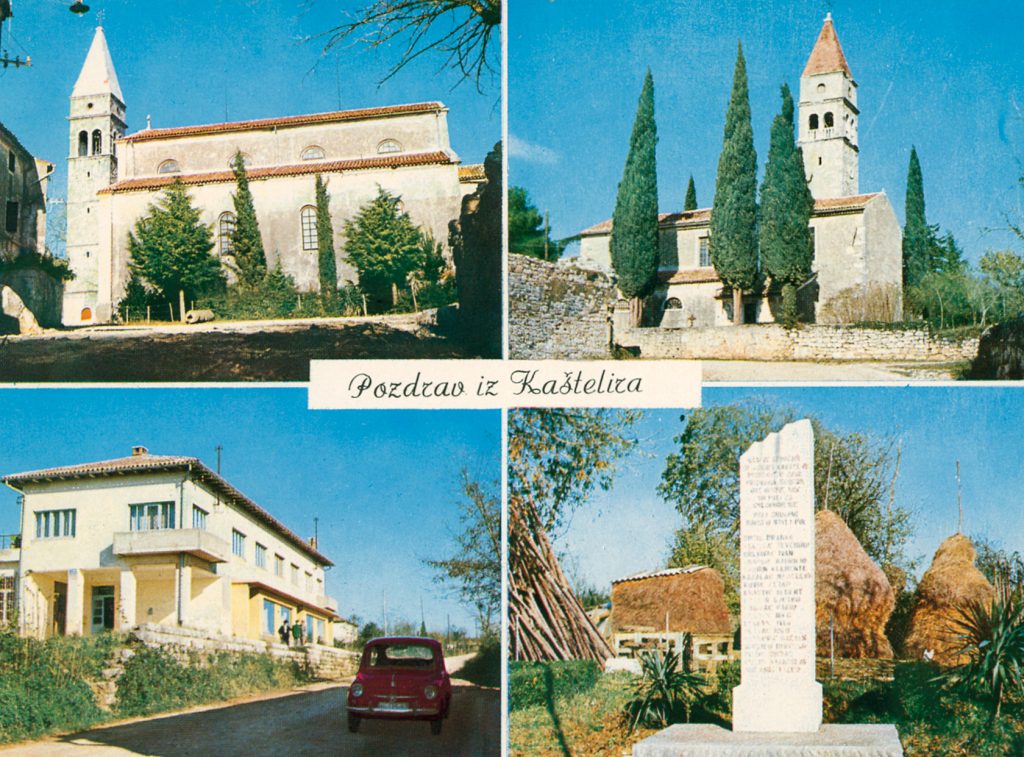 We are proud of the rich history and buildings, its living witnesses, including by all means two old churches, which you can visit and admire the exceptional motifs of sacred art.

Built in the 13th century and renovated in 1623, this church is a rich historical heritage in which the inner walls decorated with the first half 15th century frescoes are still preserved today. The south wall features St. Martin giving a gift to a beggar and the scene of the stoning of St. Stephen. On the north wall are pictures of various saints and of St. George killing a dragon. It was the first parish church, and it gave its name to the parish of Sveta Nedjelja.

There used to be a medieval abbey of St. Michael, named after the crypt under the church (de sub terra) not far from Labinci. The St. Michael’s Monastery operated from the 9th century until 1529, when it was declared a parish. It has been part of the Labinci parish since 1829. Today’s parish church built in 1736 has been extended several times and enriched with the inventory from the St. Michael “under Ground” monastery church. The church bell tower was built in 1837 by using the building material from the ruined Benedictine monastery. It is 25 meters high and has two bells.

This three-nave church with a sanctuary and a vestry was renovated in 1989. There are five marble altars inside the chuch – the main altar with the sanctuary and wooden statues of the Blessed Virgin Mary, St. John the Baptist and St. Paul the Hermit, the 15th century altar with a crucifix, the altar with a picture of St. Michael from the St. Michael “under Ground” monastery church, the stone altar with a sanctuary, also from the church of St. Michael “under Ground”, and an altar with a pulpit (the elevated place for reading and preaching the word of God). There is also a choir with the remains of the 17the century organ that were brought here from Božje polje (The God’s Field) in 1838. The organ was made by Carlo de Beni (Carolus de Beni Veronensis), and its doors painted by an unknown 16th century Venetian painter.

Kaštelir is mentioned in 1177 as the castle of the Bishop of Poreč above the Mirna valley (Nigrignanum). The remains of the Nigrinjan castle are located at the top of the Gradine hill. The parish church of SS Cosmas and Damian in Kaštelir was built in 1908 on the site of a former smaller church and a cemetery, as a three-nave sacral building with a sanctuary and a vestry. The bell tower built in 1869 separately from the church is 30 meters high and has two bells. The parish church of SS Cosmas and Damian was finished in its current state in 2008. It features three wooden altars – the main altar with the sanctuary and wooden statues of SS Cosmas and Damian, a canvas with a framed image of the Blessed Virgin Mary (copy of Murilla) on the wall behind it; the altar with a statue of Our Lady of Lourdes and two angels, and the altar with wooden statues of the Heart of Jesus and Saints Cyril and Methodius.

We also nurture our tradition through carefully preserved exhibits on display in the Ethnographic Museum. You are invited to step into the past and get a first-hand impression of how the diligent people of this region used to live. It is a collection with a soul, created with enthusiasm and love. Its founder is Vittorio Rossoni, born in 1942 in Kaštelir. As a thirteen-year-old boy, he went with his mother to Trieste, where he grew up, got a job and started a family. But, as his love for homeland was always drawing him back, he used to come back overwhelmed with emotions. When he set out to renovate the family home, he found several old items that were, in fact, the beginning of his collection. As the love for antiques grew stronger, Vittorio was trying to find new items for his collection, either discarded in nature or in local households. Thus, over two decades, his tavern got filled with numerous exhibits that tell tales from history to blacksmiths, carpenters, stonemasons, shoemakers, coopers … To all those diligent people of our region whose legacy is a foundation on which we have built the life of today. In addition to these items, Rossoni has also preserved a wealth of another kind – information about their ancient names, ways of making and using them, knowledge that turns discarded things into a treasure trove of memories. Over time, Vittorio Rossoni donated these collected items to his hometown. The collection has been professionally processed and valorized.